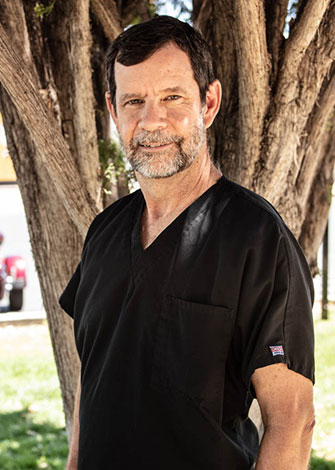 Dr. Ted Kimball III is a general dentist who has operated his private dental practice since March 1998.

He earned a bachelor’s degree in religion from Walla Walla University in College Place, Washington in 1983. Initially believing that he wanted to become a medical doctor, Dr. Kimball entered the Loma Linda University School of Medicine. He ultimately determined that dentistry was where he belonged.

While attending church in Loma Linda one Saturday, Dr. Kimball and his mother were standing at the door greeting people and as they looked out across the mall, they could see the dental school. A simple question from his mom resulted in a new career path: “Why don’t you go to dental school?”

Dr. Kimball was accepted to Loma Linda University School of Dentistry, where he graduated in 1996 with his doctor of dental surgery degree.

One of the most rewarding aspects of being a dentist is having patients trust and like you enough to keep coming back, Dr. Kimball said. He enjoys building relationships with his patients, many of whom have become good friends through the years.

Dr. Kimball and his wife Teri married in 1990 and have two children. Their family pets include a dog named Ollie and a cat named Walter.

When he isn’t in the office, Dr. Kimball enjoys vacationing at the Grand Canyon, or in Flagstaff or Sedona. His hobbies include exercise, travel, golf, hiking, gardening, watching sports on TV and visiting his children. He also likes to read about history, geology and astronomy.